Dragonfly Books is pleased to announce the coming release of two books from author Adam C. Mitchell; The Lost Angel and The Queen and the Viper. 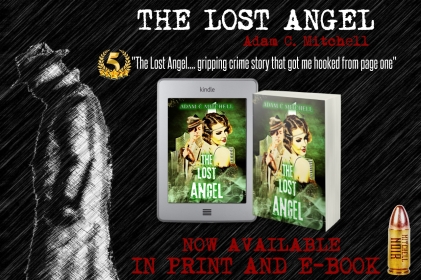 Eddy Kovakx robs the Lost Angel, Central City’s newest night club, owned by Victor Renetti. Pulling off the job was the easy part. Now on the run with his partner’s broad, the sultry Kimmie Saint Clair, he also has an unstoppable PI on his case. Jack Malone is in hot pursuit thanks to the sadistic mobster Victor, putting a price on Eddy’s head. Can Eddy and Kimmie get away with the money and their lives? Will Jack Malone get his mark? Danger, mystery, and adventure in this noir thriller.

…  an excellent job writing a thrilling and engaging crime drama.

But if my biggest complaint is that I’m dying for more … I guess that’s a good thing, isn’t it?

The Lost Angel could be an action movie as it never loses the pace.

In the end, the surprise comes.
The entire plot is clean and not difficult to follow. It’s a very good read. 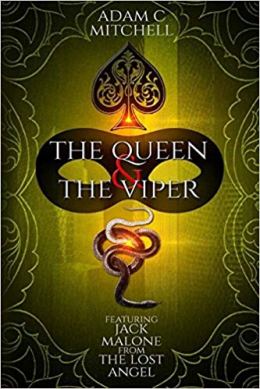 The Queen and The Viper: Revised Edition

Policewoman Peggy Ellen has a secret – by night, she’s a caped vigilante, known as The Queen of Spades. Her city is crippled with crime, thanks to the notorious gang the House of Games.
When police Lieutenant Jack Malone, who’s also Peggy’s lover, gets too close to uncovering the truth behind this band of criminals, it’s up to The Queen of Spades to rescue him.
Can she save him in time, or will her rescue plans

In The Queen and The Viper Adam C. Mitchell proves once again that his character driven novels are packed with action from beginning to end. And that he has the great ability to stay true to the time period and the Noir style his writing flourishes in. Another five star read that you should enjoy as much as his previous novels. Highly recommended. 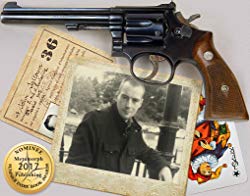